If you are wondering how is dying easy by simply living in the National Capital Region? Well, all you need to do is breathe. The only time we are concerned about the kind of air we breathe is during Diwali because we can simply put the blame on firecrackers. And then? We get lost in the humdrum of our daily life with each passing winter season.

It’s all quiet. And whether you like it or not we are all dying a slow death every single day and some faster than the others.

As per the recent report by Lancet, air pollution killed nearly 1.7m people in India in 2019 which has been rising significantly year by year as per the research. And specifically, India’s capital, Delhi, tops the charts in one domain (if not anything else) of being the most polluted city in the world during its winter. For residents of this city and adjoining areas, experiencing a thick smog with toxic air particles is not a surprise anymore, when we can see and smell the smoke we breathe. This toxicity rises as much as 500% higher than the level the World Health Organization deems healthy. Therefore we are extremely far from breathing healthy air, rather everyday we breathe in air that is hazardous and lethal for us.

According to Dr Arvind Kumar, a chest surgeon at Delhi’s Ganga Ram Hospital and chairperson of the NGO the Lung Care Foundation, “Air pollution affects anyone and everyone who breathes. Prime Minister Narendra Modi, and a sweeper on the street, both breathe about 25 000 times a day. However, the economic difference allows one to control the quality of air that goes into one’s lungs. An economically deprived person living in a shack or by the roadside has no access to any technology device which can in any way influence the quality of air.” And also, according to him, on an average day, when pollution is relatively lesser, people living in NCR inhale smoke equivalent to seven cigarettes a day and this increases with the level of pollution. So whether you smoke or not, you are smoking anyway including children and newly borns. Let’s not even discuss smoking hazards because we are all quite aware of those, but so far we only linked it to tobacco.

This year has been different, like an icing on the cake, pollution in Delhi was also connected to a rise in Covid-19 cases and deaths as the winter months set in, with the Indian Medical Association stating in November that 13% of the city’s recent Covid-19 cases may be linked to air pollution.

This week’s Lancet report also sets out the economic cost of the contaminated air, saying pollution fatalities in 2019 led to a total loss of $36.8bn, or 1.36% of India’s gross domestic product, with the poor and populous states of Uttar Pradesh and Bihar hit worst.

“The high burden of death and disease due to air pollution and its associated substantial adverse economic impact from loss of output could impede India’s aspiration to be a $5tn economy by 2024,” the report says.

If this doesn’t wake us up and ignite the desire to do our bit towards the environment what will?

If you’re already on that path, do share your story with us. 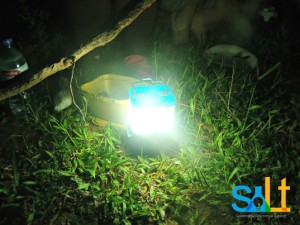 Some areas of underdeveloped and developing countries still do not have access to electricity. Lighting up homes is not only cumbersome but also hazardous to health. People have to travel long distances to collect dry sticks and buy kerosene to burn lamps.

As a solution to this painful problem which the poor face, Mejino, an engineer, innovated this absolutely brilliant lamp which can run for 8 hours, with salt and water! Yes, all you need is one glass of water and two tablespoons of salt. And if you happen to live by the ocean, voila! you just use the ocean water!

We do hope this impressive innovation in alternate energy brings respite to people for whom access to electricity is luxury. 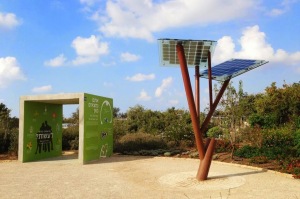 Spotted in Israel; Solar powered trees that can charge devices and provide free wifi to surrounding communities. The structure, which looks like a pixelated tree in an 8-bit video game, uses the energy captured by the solar panels to provide USB charging outlets for smartphones and tablets, free Wi-Fi, a water trough for pets, a drinking-water fountain for humans, nighttime lighting and informational LCD screens. We truly loved this!! Don’t you too?